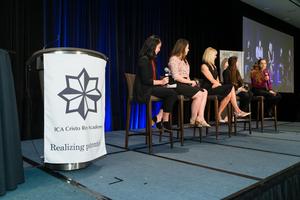 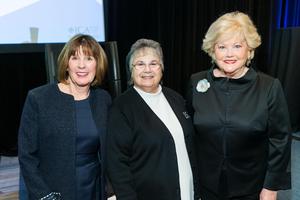 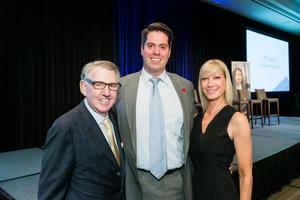 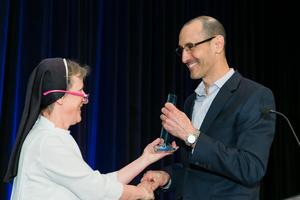 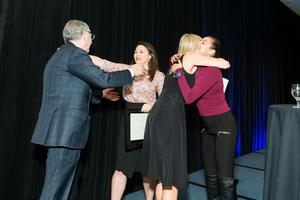 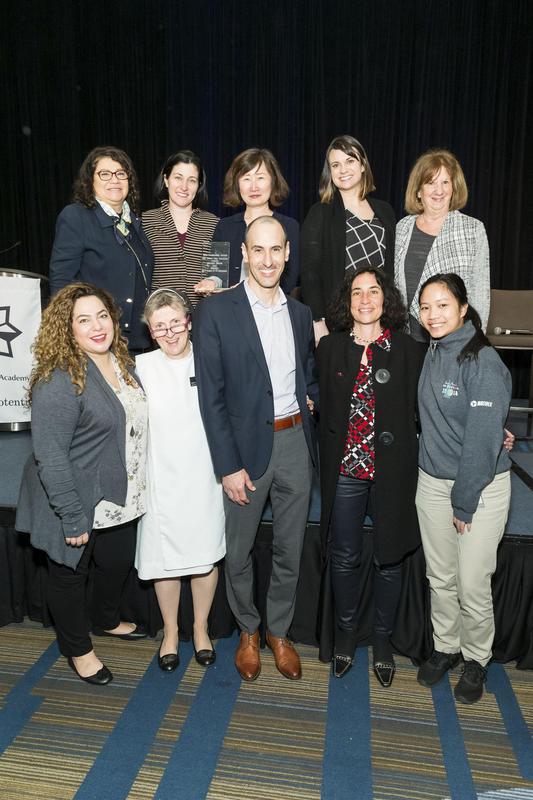 ICA Cristo Rey’s 9th Annual Business Lunch, held earlier this week at the Hyatt Regency San Francisco, was the school’s biggest yet, with nearly 650 attendees and close to $500k in funds raised! We proudly recognized Nektar as this year’s Leader in Co-Education, and Janet and Clint Reilly as this year’s Leaders in Mission. We thank the entire community for their partnership in helping our young women Realize their Potential.

We are grateful for the critical work of co-chairs and Board members, Liz Dondero and Mary Lawson, and we thank the entire community for their partnership in helping our young women Realize their Potential.

Nikki Pasamic ‘14, serving as Mistress of Ceremonies, opened the event with her story of academic and professional success, as her work study internship with MacFarlane Partners inspired her to major in business at USF, now working at Ernst and Young and progressing toward her CPA License.

Janet spoke about the experience of seeing our students grow from young women to mature, self-confident professionals, and she shared some of the philosophy she and Clint share in giving so generously of their time and resources to our young women. Janet and Clint have supported 28 of our students through the work study program and over a hundred others through their Bay Scholars Program.

Clint then spoke about his commitment to giving as a way of life for all, not just as casual philanthropy for the most wealthy. This commitment derives from his parents and his own experience of receiving a Catholic education via the generosity of others.

To close the event, Janet Reilly joined Nikki, Rebecca, Nataly, and Karina Montiel ‘20 onstage for a panel discussion on the Journey of Women Leaders, where the current and next generation of women leaders reflected on what inspires them and who they are grateful for.

With the momentum from this historic event, we look forward to next year’s Tenth Annual Business Lunch--a double milestone as we will also celebrate our first decade as a Cristo Rey school. We look forward to seeing you there!