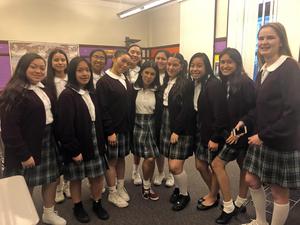 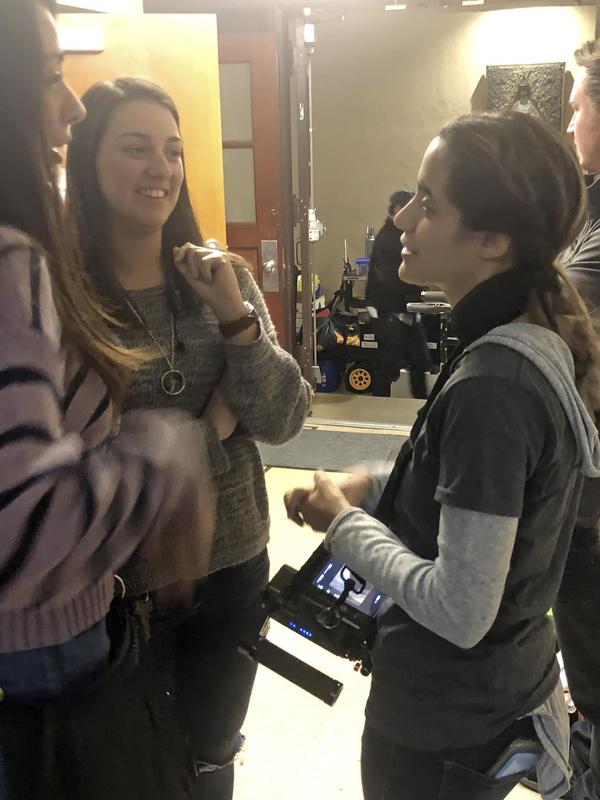 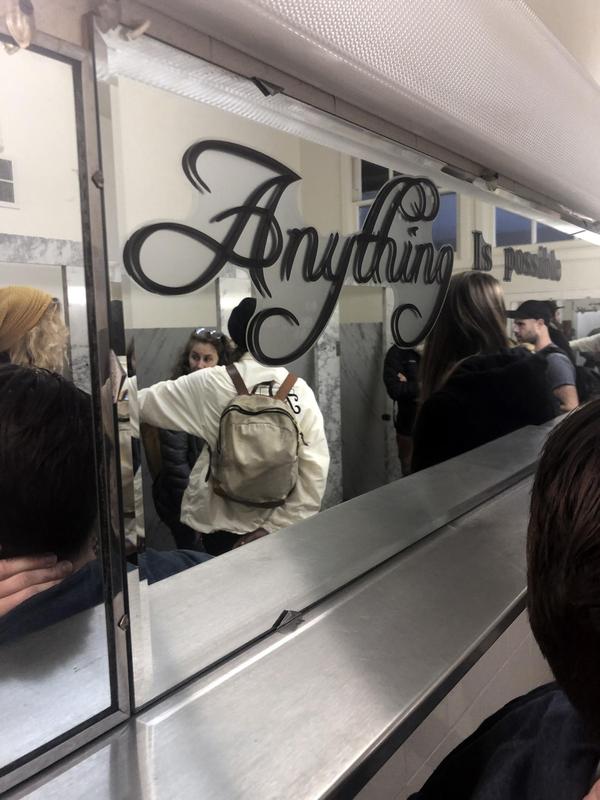 Lissette Feliciano ‘08 is a writer, director, actress, and staunch supporter of her Alma Mater (most recently as an Honorary Committee Member of our 9th Annual Business Lunch). Last month she returned to San Francisco and the ICA campus to bring to life a cinematic dream she’s had for years.

Lissette’s film, entitled Women is Losers had ICA Cristo Rey as one of its primary filming locations. “I couldn’t do this film without the support of ICA Cristo Rey,” remarked Lissette. “The whole crew could see my love for the school and were impressed by how the people from the school showed love for me. Sister Diane [ICA Cristo Rey’s President] was so gracious in her support.”

Besides location help, current ICA Cristo Rey students lended support as background, or extras, for some of the scenes. “This is what I want to do with my life,” shared awed freshman Sandy Martinez. The students easily recognized one of actresses, Chrissie Fit, from her role in two of the Pitch Perfect films. “She was so nice,” said senior Rita Sorrentino. “She thanked us for our participation and the energy we brought to the set,” added senior Felienne Dante, “She gave us a pep talk about our value as women of color and really talked to us. It was unexpected and thoughtful.”

Lissette’s film, set in the late-’60s and early-’70s San Francisco, shares in part a story inspired by her mother’s life while including stories of marginalization common among many women’s experiences. The film ultimately celebrates women through its characters’ relationships with both men and women. “I’m so proud of her and was happy to help facilitate her use of our campus! Supporting women is literally what we do,” said Andrea Manchester, Lissette’s former teacher and now Director of Marketing and Communications. ”Licy told me it was our ‘fault’ she was here. We had told her she could do anything and she believed us.”

Filming on Women is Losers wrapped in March. Breathing a sigh of relief, Lissette said, “I plan to take a few weeks as a break and then we dive into months of editing.”

Stay tuned for information on the release of Women is Losers, and Lissette’s journey through film, in an extended piece in our upcoming Update Magazine.