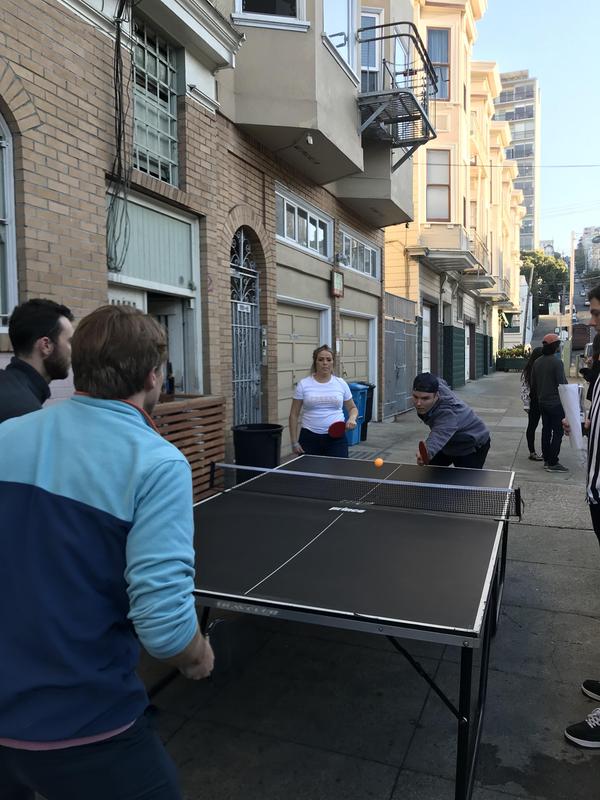 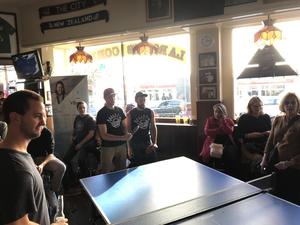 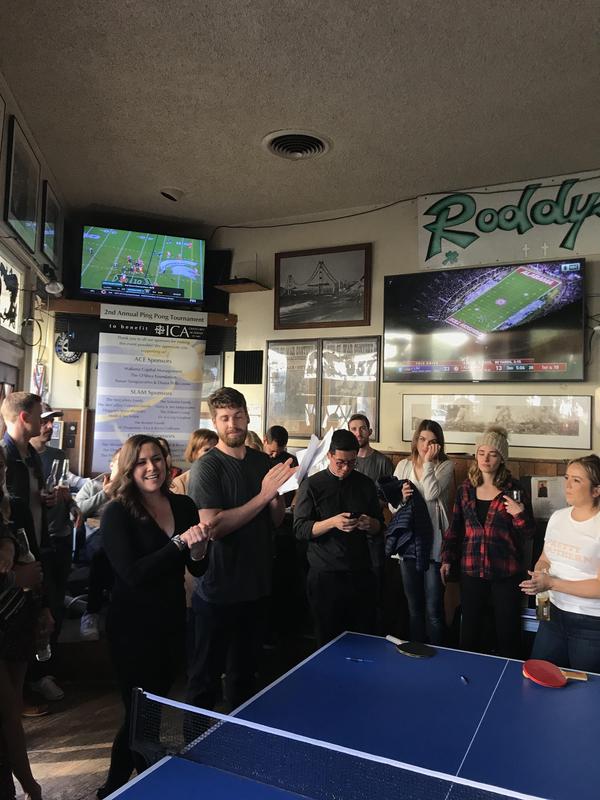 
“The event was a huge success,” said Christina Leupp, head committee organizer. “Considering that this was only the second year in a row of us doing the event, I set a stretch goal of raising $15,000. We hit that by the day of the event, with thousands of dollars coming from sponsors, ticket sales, and team sign-ups!"

After a successful inaugural tournament last year, Ms. Leupp, ICA Cristo Rey, and the committee were determined to make this year even better.  They wanted not only to persuade people to donate, but to teach people throughout San Francisco about the ICA Cristo Rey Mission.

"We also had a stretch goal of getting 20 teams to sign up, and we did that as well," said Ms. Leupp. "Having 40 people participate in the ping pong tournament was fantastic. There was so much energy in support of ICA Cristo Rey!”

Positive and competitive energy filled the room of La Rocca's Corner during the event. Ping pong teams showed up to win in matching themed uniforms. Although these teams were competing to be the ultimate winner of the ping pong tournament, everyone shared the goal of supporting the education of the next generation of women leaders at ICA Cristo Rey.

With the success of this year’s event, next year's tournament will be a date to mark on the calendar.