It's all in The Family 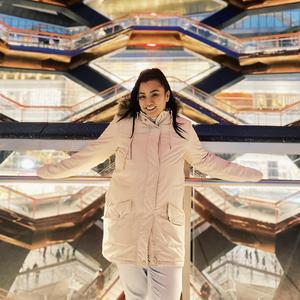 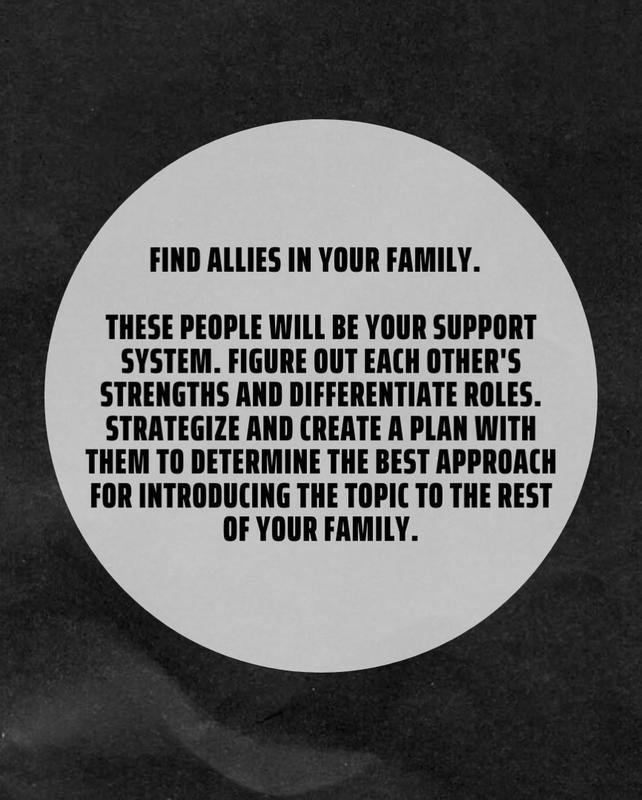 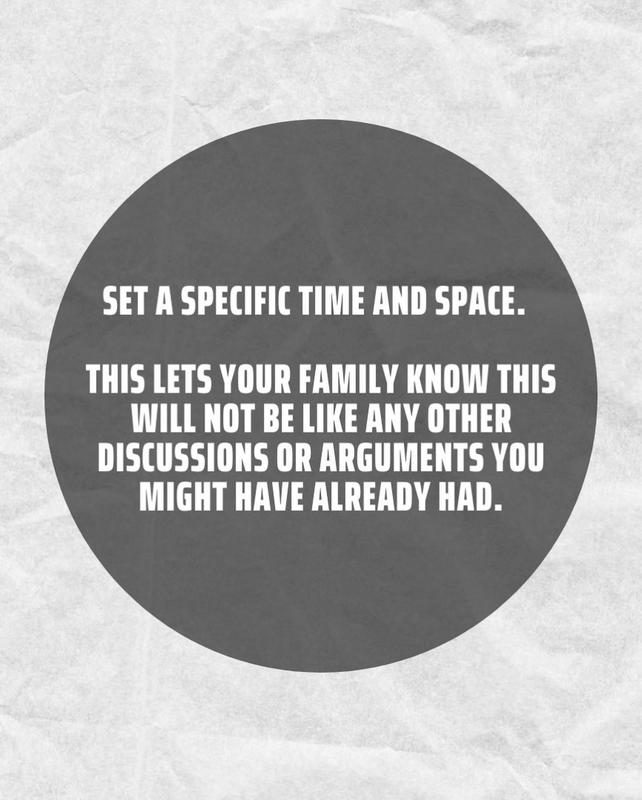 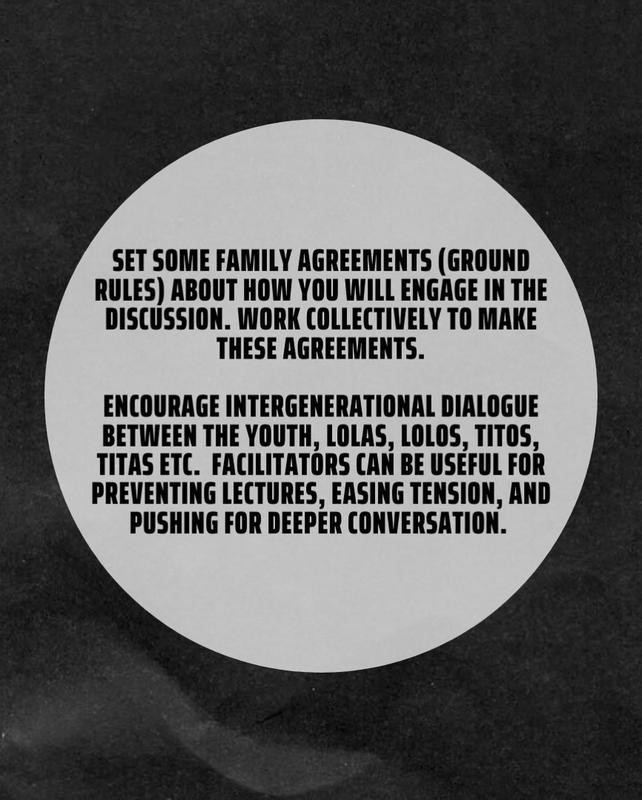 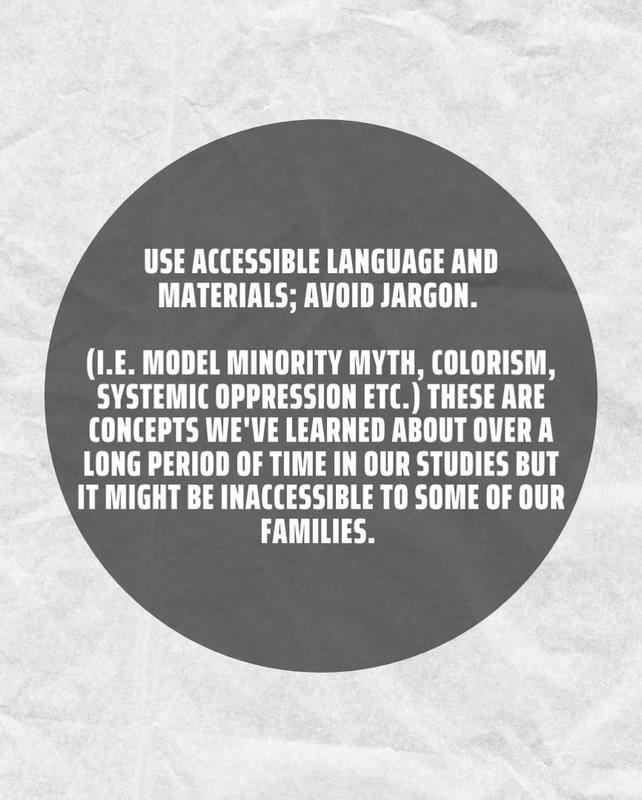 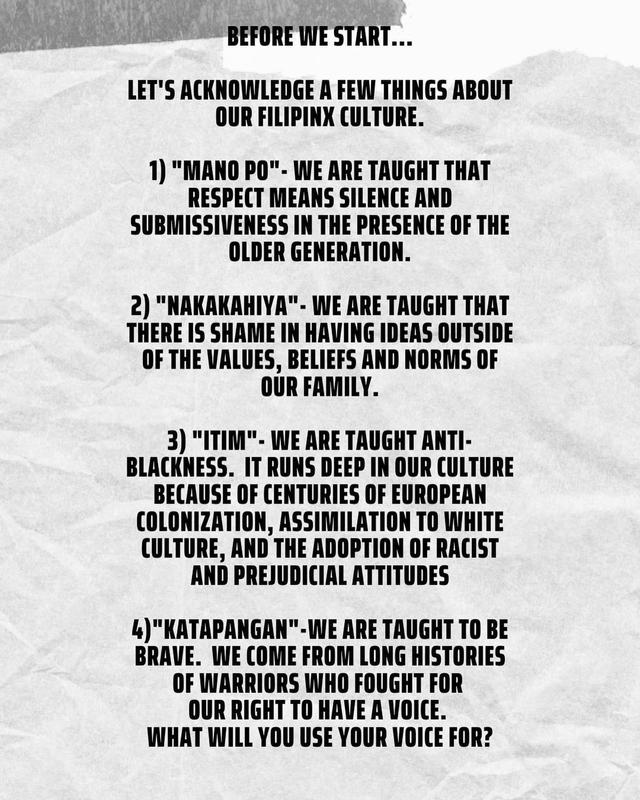 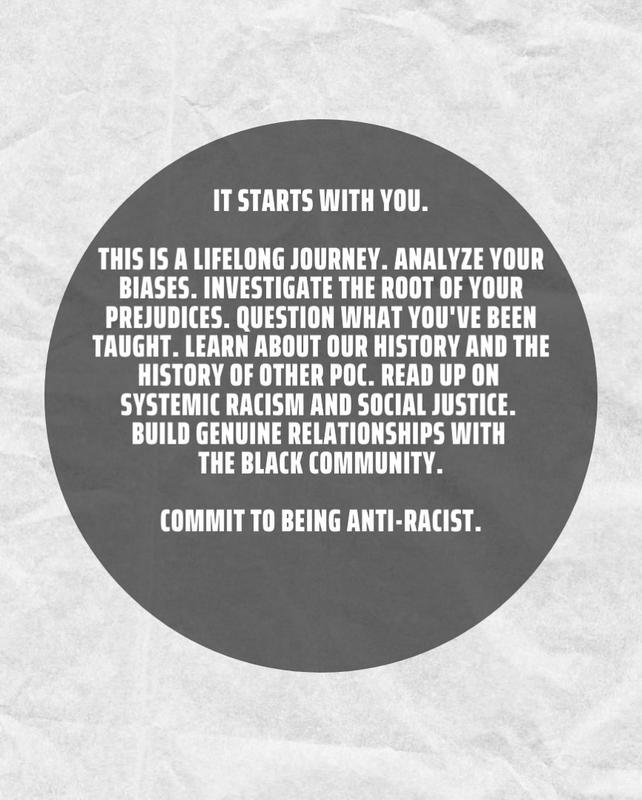 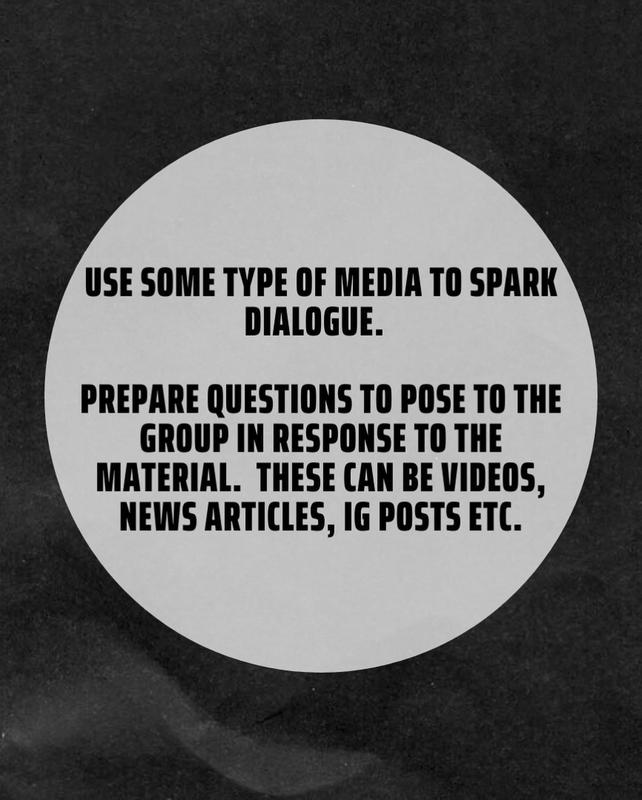 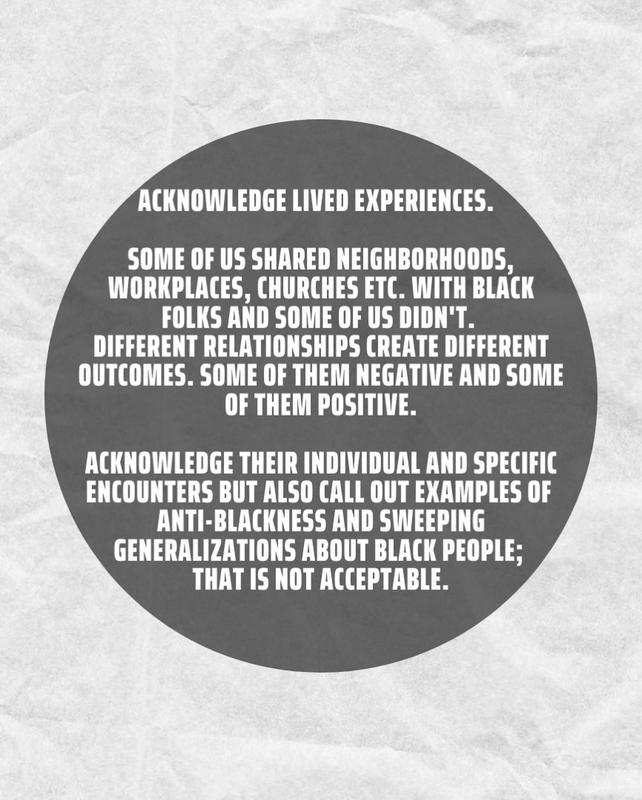 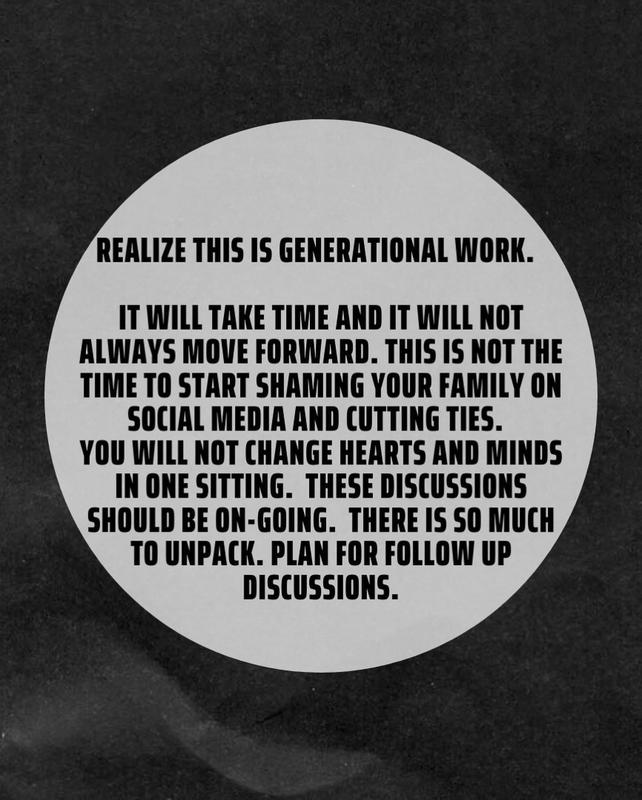 ICA Cristo Rey alum Gabby Lim’s [‘13] family are making a proclamation about what it means to them to live in an unjust society. And they are using their discussion to force other conversations within their community.

While we all love our families, and even though we are spending way more time with them than we normally do, it is not often that we come together as a unit to decide on a unified statement on racial equality.

But ICA Cristo Rey alum Gabby Lim’s [‘13] family has chosen to go that route and have even taken it one step further. Gabby, a Biochemistry major at Saint Mary’s College of California, and her family are making a proclamation about what it means to them to live in an unjust society. And they are using their discussion to force other conversations within their community.

This story begins with Gabby’s father, a Filipino man who had grown up in a culture that has a certain perspective on these issues, while at the same time constantly witnessing racial inequality in the country he calls home.

“It actually all started when my Dad decided to write a letter: he wasn’t sure who he was going to read it to, but he just made a letter stating how he feels about the Black Lives Matter movement and the protests and what’s just been going on,” said Gabby about the start of the idea.

When Mr. Lim finished his letter, he showed it to his children who, after providing some copyediting, saw an opportunity to make a difference.

“My brother called me and said: ‘Hey, I think Dad should kinda read this letter to the older people in our family.’ And I said, ‘Oh man, I’m really nervous about that.’”

It is never easy to speak to an older generation about their political and social views, and Gabby’s hesitation is not at all surprising. If you don’t believe me, try to have an honest conversation with your grandparents about race relations. It’s not easy.

Gabby was of course very concerned: “I didn’t know how that was going to turn out. It might have just been super chaotic, people might have been offended, or maybe they wouldn’t’ even listen.” Gabby’s family took those concerns to heart and pushed their proposed discussion until the weekend.

As the week passed, Gabby and her father thought more about what effects this exercise could have.

They decided to invite a larger number of family members to the talk, specifically all of her cousins, a younger crew of people with opinions closer to those in the letter and to Gabby’s own beliefs. The thought was that if there were a large number of young people saying the same thing, it would be much easier to get the elders to not only listen but actually critically look at their own conclusions about race and equality.

Gabby was still extremely nervous, not sure how to even start having this difficult conversation, let alone how to lead such an important discussion.

She decided to start with some ground rules:

“We [had] four agreements, or ground rules basically:

While these are fantastic ground rules for any discussion, this particular dialogue benefitted dramatically from this structure, especially considering Gabby’s fears right before the proposed discourse was about to take place.

“Were people even going to follow the agreements?” Gabby said. “I had this mindset that this was going to be very catastrophic; it’s gonna be so chaotic; people are gonna hang up, etc.”

All told, it was about 15 younger individuals preparing for the continued discussion after Gabby’s father read his letter. They wanted to make sure that they were ready with more info and potential sources to help them make their point. They looked for this stuff in the places that all teenagers find their relevant information:

Luckily, they stumbled across a video about racial equality which featured a man speaking in Tagalog. Gabby’s family had much more familiarity with this language and culture, so Gabby and her team knew they had found something solid that they could use.

With that, Gabby was ready.

It was time for the moment of truth, and the final results fully exceeded all expectations.

“This was a way longer discussion than I had really thought about. I really thought it was just gonna be like an hour. It went for three hours,” Gabby said. “I was shocked that people stayed.”

The generational conversation was a rousing success, finding points of common ground and realizing that there was a lot more that brought them together than broke them apart. The family connections became even stronger as a result.

In fact, older members of her family commented that they were really big fans of the discussion.

“Oh, we really enjoyed it. We think we should have this discussion every week.” Gabby’s family told her afterward.

“Positive feedback: I wasn’t expecting that.”

Gabby found the entire experience to be extremely rewarding, and more often than not, this would be the end of the story.

But there is more to tell.

Gabby realized that she had the opportunity to increase the potential power of this conversation.

Using her social media savvy and a team of young professionals, Gabby wanted to try and parse all of the information that they picked up in their conversation into something that other families could use to facilitate their own discussions.


It wasn’t enough for Gabby to help her family come together, she wanted to help other families connect on a deeper level as well. But it wasn’t easy to decide what to use.

“There’s so many things that we can pull out from the discussion, but we also didn’t want to overwhelm people,” Gabby said. “Let’s try to simplify it. Because this discussion is not easy for let’s say some or most families.”

Gabby put together a list of specific tools and tips that would help girls and boys in her position figure out the best way to approach this very sensitive conversation.

The first thing she wanted any Filipino family who was going to engage in a similar exercise to know and consider was the historical nature of the Filipino culture that makes this type of discussion more difficult.

This starts with closely considering and analyzing four tenets of Filipino life and history and rethinking their definitions as time moves forward.

-Mano Po: The concept that when talking with people of an older generation, silence and submissiveness = respect.

In order to have a real and powerful discussion that actually has the intended effect, this concept needs to be revised considerably, if not almost entirely rethought, in this climate.

-Nakakahiya: The concept that ideas or beliefs that have been developed outside of the family unit are inherently shameful and disregarded.


It is super hard to talk critically about race if any ideas that are not family generated are dismissed off the bat.

-Itim: The racism and anti-black sentiments that have been baked into the culture through years of colonial presence and severe assimilation.

The effect of colonialism and Anglo-centric ideologies and policies are so ingrained in many cultures, including the Filipino one, that convincing older individuals of their biases can be tough.

-Katapangan: The bravery and courage that is innate in every Filipino.

This is the one that is the key. It was the driving force behind Gabby’s family’s decision to have an inter-generational conversation. It was the catalyst for Gabby posting her takeaways on social media, to help other students and families make a positive impact on their communities.

Gabby, starting with a post that highlighted these four talking points, posted a series of tips and thoughts that she learned from her discussion that could help others achieve a similar goal.

These included using media to spark the initial dialogue, setting a specific time and place for the discussion, and planning for continual discussions after the initial one. For Gabby, this wasn’t her plan from the get-go. In fact, it was never something she even considered until the opportunity presented itself right in front of her eyes.